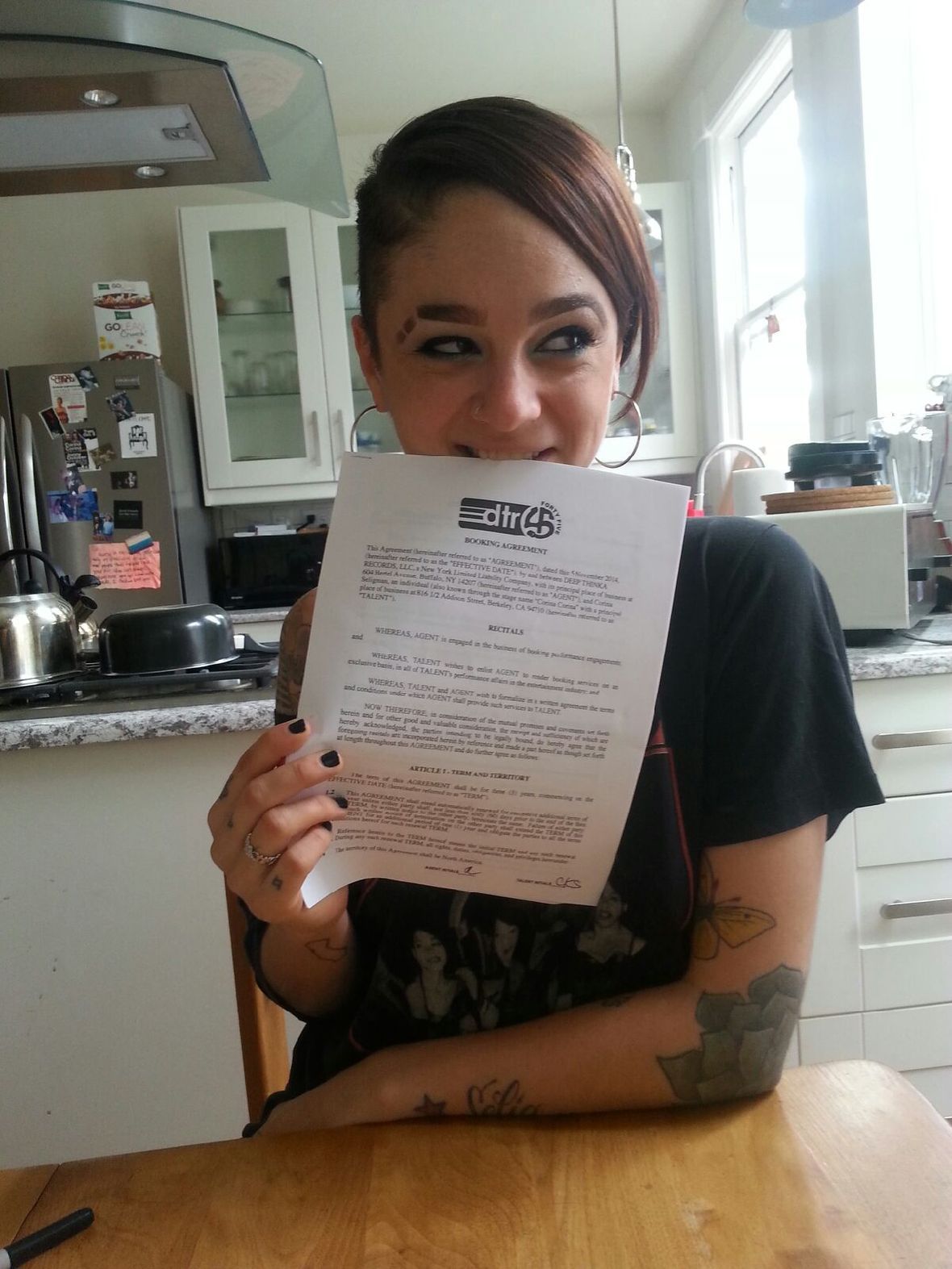 Originally from Oakland, CA, vocalist Corina Corina is the eldest child of two staunch political activists who named her after the 1928 American Blues Standard. However she’s anything but standard. A true renaissance woman now hailing from both NYC and the San Francisco Bay Area, she brings fresh and melodic vocals coupled with modern electronic R&B with a strong hip hop edge.

Corina Corina thrived in the New York independent scene, sharing the stage with such hip hop heavyweights as Talib Kweli, Action Bronson and Mr. Muthafuckin eXquire; And off stage she has collaborated with artists like Homeboy Sandman (Stones Throw), Angi3 (Tommy Boy), and internationally-acclaimed producer, Willie Green (Backwoodz Studioz). Both of her critically acclaimed solo albums, “The Eargasm” (2012), and “The Free Way” (2014) were co-produced with Green, and unabashedly preach poignant and signficant issues from gender inequality to self-love to resisting social norms.

All this, and she also possesses the personal integrity that is invaluable in this, and every, industry.

“Corina Corina is the definition of a professional hustler. Having the pleasure of working with her over the last 3 years, I have yet to work with another musician who shows more dedication to their craft, more focus on reaching their goals, and more passion for lifting up all the talent she comes into contact with. It’s not enough for her to shine; her light comes from within and she shines it on all those she believes in. To me that’s a true artist.”
– Suz I, The Rock/Star Advocate