DJ Abilities at The Gypsy Parlor.

Pre-sale tickets NOW AVAILABLE for only $5!

DJ Abilities is perhaps best known for his work with his emcee partner, the late Eyedea. He and Eyedea were noted, above all, for their unique ability to interact in live on stage performances. Having lost his other half in 2010, Abilities has had to re-define his live show. Anybody can play a song as a DJ, but DJ Abilities makes them his: incorporating tomorrows technology with the skill of the “Old School” to create a dynamic and engaging performance. Expect to see live looping, live finger drumming, some of the best scratching in the world, and song selection that has pleased crowds of all types; young, old, rock, rap, EDM and 80’s… he blends it all. Check out his most recent independent release, “The Blends” and catch him on tour at the dates and venues below. 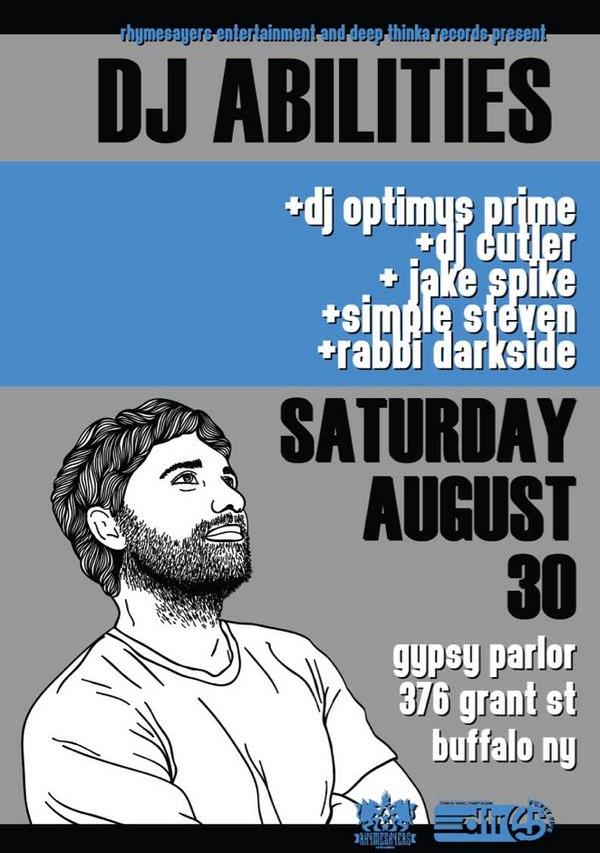