As if the world didn’t already see and hear enough about Kimye already, Kanye West premiered his newest music video for the song ‘Bound 2’ via The Ellen DeGeneres’s Twitter account earlier today and guess who plays the lead female role?  None other than Kanye’s sweetheart herself, Kim Kardashian. 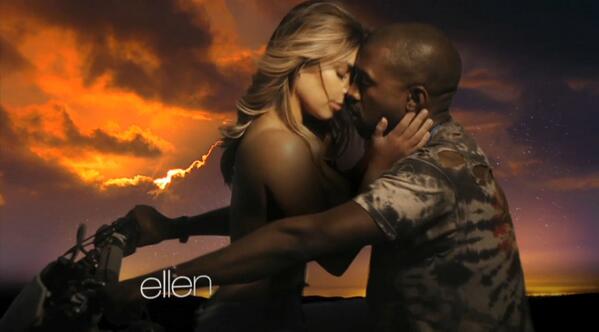 The video showcases Kanye West on a motorcycle, a topless Kim Kardashian also on said motorcycle (which seems slightly dangerous if you ask me), the Grand Canyon in the background, and some horses running across rivers and fields.