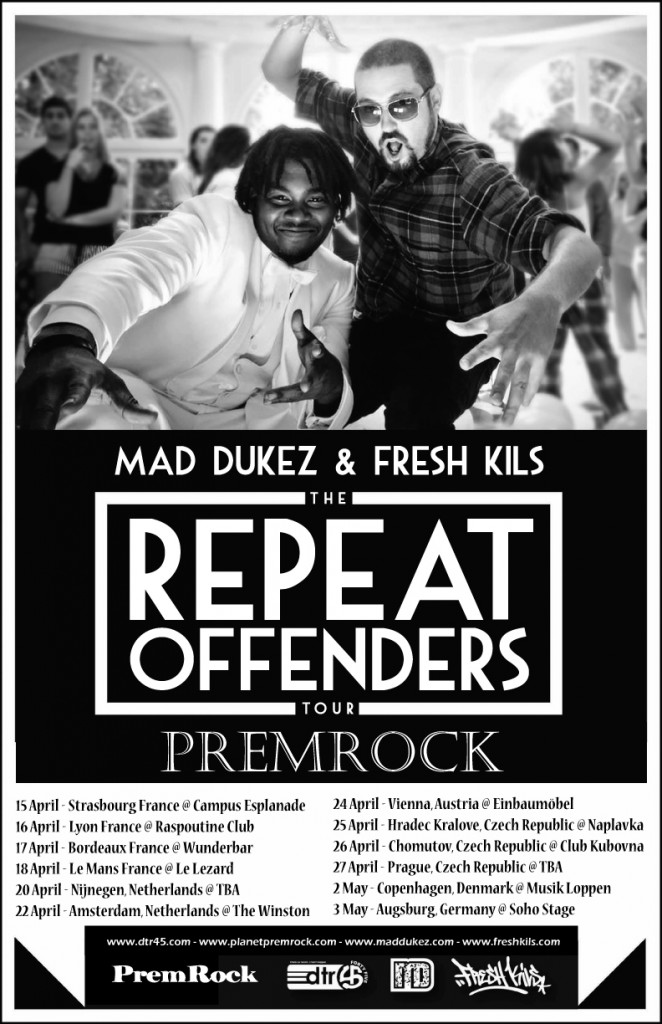 After wowing the USA and Canada the past few years, Dukez & Kils, along with New York based wordsmith PremRock, are crossing the mighty Atlantic Ocean to take Europe by storm! And with PremRock in the mix making a much anticipated return to the Czech Republic, this live set will delight you, no matter what language you speak. For a taste, watch Dukez and Kils perform their live rendition of Bruce Lee’s “Enter The Dragon” or their music visuals for the singles VALLEY VIEW andSOOKIE SOOKIE. You can also check PremRock’s latest single LENS or his music video for SINGAPORE. But honestly, you should check the schedule below and witness these talented musicians live to get the full experience. See you in Europe!